bob greens is now stocking French work jackets from Le Laboureur. The French work jacket (also known as a chore jacket or coat) dates back to the late 1800s. A tough outerwear garment, often made from durable cotton drill or moleskin, in a roomy workwear fit, the garment was perfect for the tough physical work done by labourers – with large pockets for storage and button cuffs so the sleeves could be rolled up easily. Many variations were produced, but all were designed to be functional and hard-wearing.

Worn daily, with matching trousers, worker jackets were traditionally made in a vibrant blue colour (resulting in them being known as ‘bleu de travail’ in France). This colour was generally worn by farmers, mechanics and craftsmen. More senior staff often wore white and grey versions and black was the colour favoured by carpenters. Also, in an early example of the jacket’s versatility, some workers would keep a black version to wear to church on Sundays. 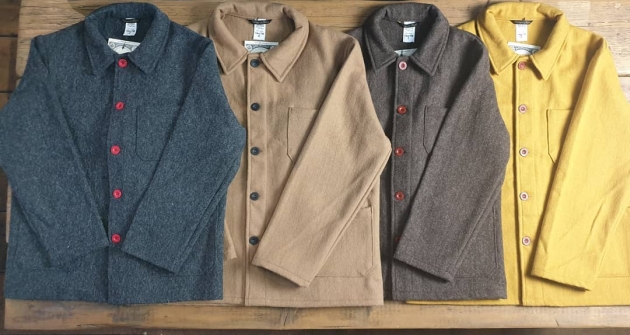 Le Laboureur began in the 1950s when the founder, Primo Zelanti, began travelling through the Charolais countryside on his moped, selling traditional workwear at agricultural fairs and markets. The business grew rapidly, and in 1956 Zelanti started his own brand and shop – Le Laboureur (The Ploughman) in the centre of Digoin. Originally concentrating on clothing for agricultural work, the brand soon started making clothing for construction and other trades.

The company is still owned by the Zelanti family, with Primo’s son, Jean-Charles Zélanti, succeeding his father as CEO in the 1980s. They are still based in the Digoin area, manufacturing garments in a factory on the Rue des Chantiers. They use traditional patterns to produce their classic workwear in a variety of high-quality materials.

We are thrilled to be stocking Le Laboureur’s classic worker jacket. This hard-wearing jacket is available from us in a variety of colours and fabrics, including cotton drill, moleskin and wool. A classic, timeless design that deserves a place in any wardrobe. 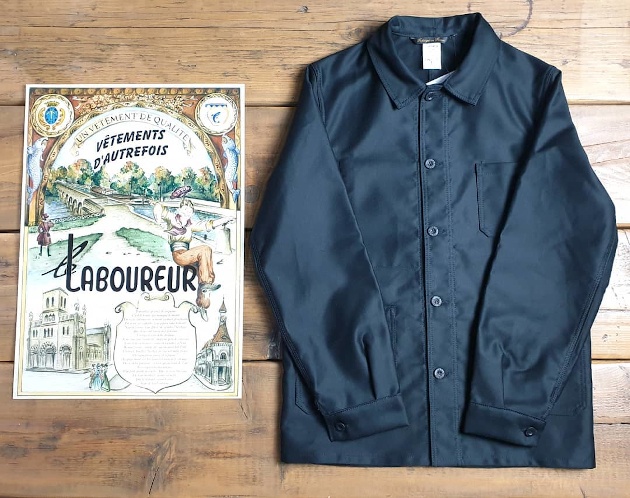